When using Place Clean there is a box for "Replace :
What are the brackets for? 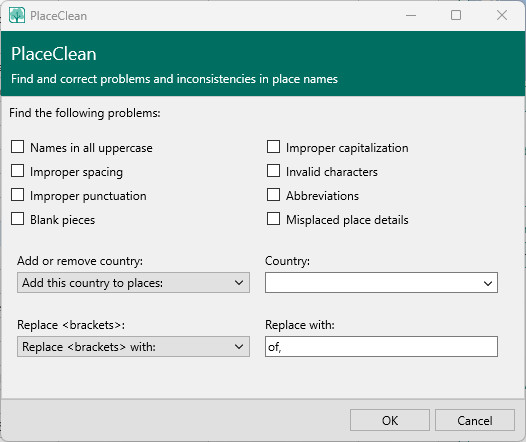