Dark Mode Interface for RootsMagic is a "Must Have"!

I absolutely must have RootsMagic display in dark mode.

I can not look at displays with bright white backgrounds for long as I develop snow blindness. This goes especially for dialogs with tabular data forms. (I need reverse video, white text on dark background.)

RootsMagic 8 does not honor Win 10+ dark mode, nor does it honor custom system colors as set in the registry.

RootsMagic 7 halfway honored custom system colors. But some elements did not (ie, the names in the Index list, the data in the selected person vitals pane, and the window objects and menus.)

RM7 Normal Light (“out of the box”) Mode 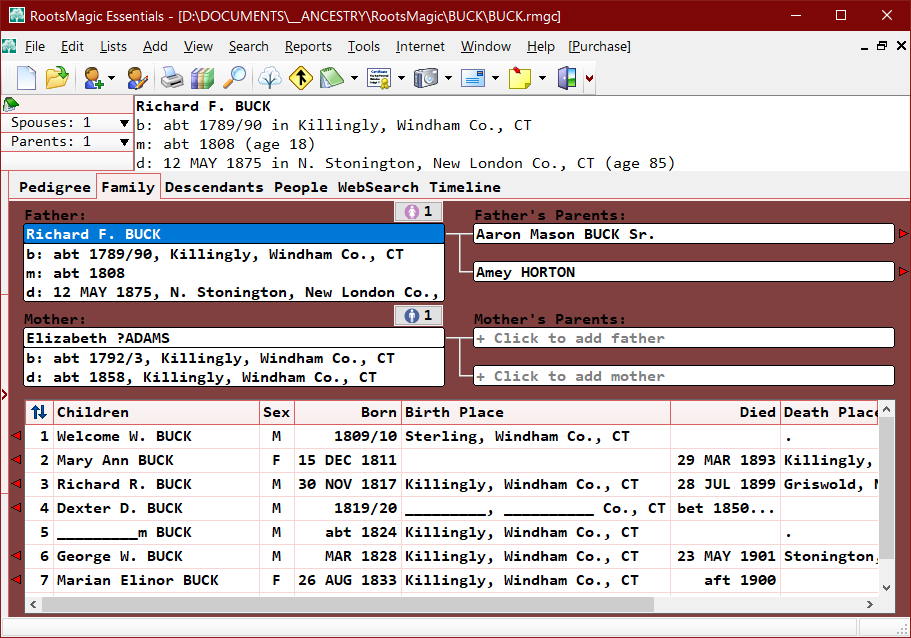 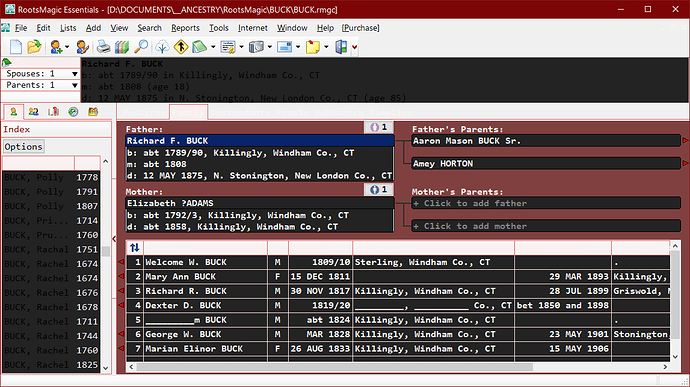 The interface should all be dark with white text, including the menus. Some text is correctly white (tabs and table headings,) but the GUI background color is not taken from the registry, at least not from my experimentations.

The only genealogy application I’ve found that honors the system colors in the registry (and has a dark skin mode) is Ancestral Quest. But AQ is SO old … it’s still uses Windows 3.0 controls. It needs a serious GUI overhaul. 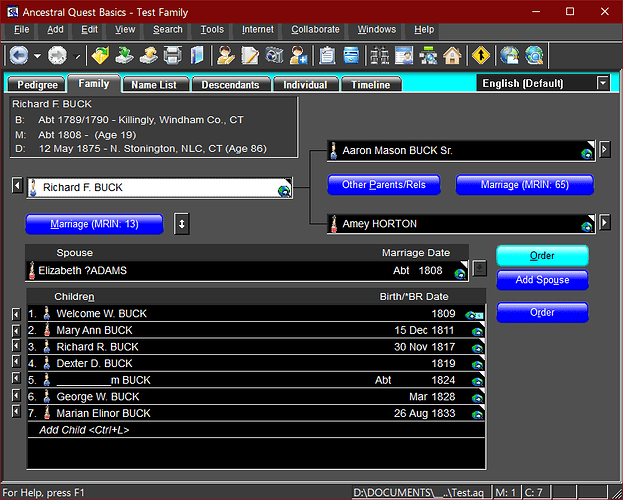 I absolutely must have RootsMagic display in dark mode.

Even if RM were to introduce a dark mode for RM8 they wouldn’t be messing with RM7 anymore so it is pretty useless complaining about it now!

google accessibility features on a mac. users can invert colors, increase contrast, switch light to dark modes etc. However RM8 is such an abnormal mac program that it may also violate system preference settings that would help you.

RM8 does have color settings that change background colors and that could also help.

I understand your post is a request for an enhancement to RM8 to support “dark mode” using screenshots from RM7 to illustrate how you can get a quasi dark mode with custom colours. I’m not sure I’ve seen this wish before but there have been numerous ones on readability such as better contrast, font selection and size, layout…

I’ve a different vision problem but it, too, can be exacerbated by working on a bright display in a darkened room. I had added a LED strip to the back edge of my computer desk to bounce light off the wall for diffused lighting of my face on video conference sessions and found it slows the onset of my symptoms. Dark mode would be helpful in a dark environment.

on mac RM8 does pretty well for visibility with decent text size, good color choices and contrasts, etc. It does not respond to the system dark/light choice.

Even if RM were to introduce a dark mode for RM8 they wouldn’t be messing with RM7 anymore so it is pretty useless complaining about it now!

As @TomH noted, the examples are illustrative of interface styling in dark mode. Some of which (the tabular data elements that we spend the most time staring at,) were close to what is desired. But the missed opportunities are what we’d wish not to be repeated in some later version that supports dark mode. (Perhaps it’s RM8, … or a later major version ?)

It appears that the RootsMagic webstore is still offering to sell RM7 licenses, so constructive criticism is both allowable and warranted for a product that is still offered for sale, by a company that indicates it welcomes feedback.

Also, in that RM8 appears to be unstable on Windows, users may still need to fallback to using RM7. In only a week or so of testing RM8, it has repeatedly encountered fatal errors, which warn me not to make any more dB changes and close and restart RM.

So, I’m more inclined to update to RM7 rather than RM8 at this time.

I am also a software programmer and understand that major feature changes for a previous releases are unlikely as generally software development is focused on the current and future releases.

As a user, I’m mostly all for the overhauls that were done for RM8. The detail entry pane on the right (instead of popup modal dialogs) and the fixes to source citations are the best improvements, in my opinion. (I personally don’t need the cloud integration with pay sites and switched all this off.) But I have a strong desire to leverage these improvements in RM8, but they do me no good if I go blind using it.

However RM8 is such an abnormal mac program that it may also violate system preference settings that would help you.

Thanks, but I’m on Win64 platform.

RM8 does have color settings that change background colors and that could also help.

I’ve already set this to a very dark gray. But this setting only applies (as far as I can tell) to the pedigree and family display background. All the other pages and tabular data displays are 100% white background with black text.

Also the lines connecting the people boxes, the person type labels (“Father:”, “Mother:”, “Father’s Parents:”, “Mother’s Parents:”,) and the navigation buttons (“<”, “>”) are hardset as black and do not show very well with dark grey, 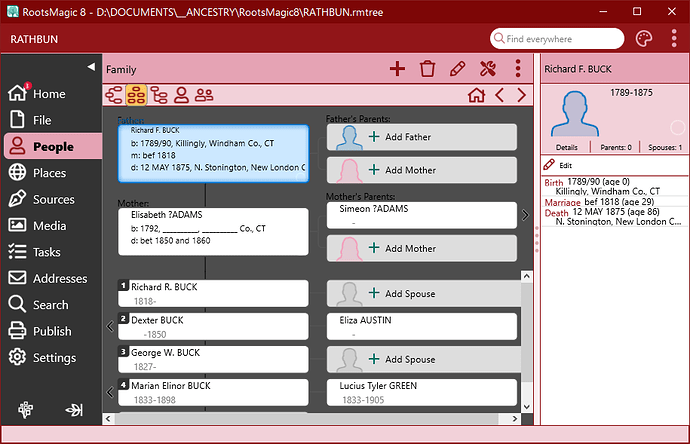 In other words, these interface elements are not agile with respect to the background setting.

on mac RM8 … It does not respond to the system dark/light choice.

Dark mode would be helpful in a dark environment

It sounds like either system dark mode compliance or custom GUI skinning would benefit both platforms.

…and what does knee-jerk and ad-hominem responses have to do with the price of wheat in Kansas? He simply stated there would be no chance of dark mode in RM7, which is spot on as the RM staff has said there will be no more updates made to it. You may need to adhere to the line that says to respond to the content and not the tone of a post.

…and no, RM7 is not available for sale in the webstore. You can only purchase RM8 directly from RM. Quite possibly there may be some vendors out there that do have physical copies to sell.

It appears that the RootsMagic webstore is still offering to sell RM7 licenses, so constructive criticism is both allowable and warranted for a product that is still offered for sale, by a company that indicates it welcomes feedback.

Where exactly do you see RM7 for sale? I need to make sure whomever is doing that, that it’s taken down. RM7 is not for sale, precisely because it is no longer being updated. We only update the current version, which is RM8. I need the URL to where you are seeing it in a “RootsMagic webstore”.